Can Retailers Reduce the High Cost of Inventory Shrinkage? 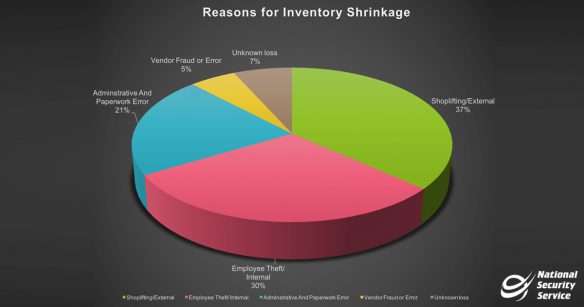 When armed and dangerous criminals enter a store terrorizing employees and stealing valuable merchandise, the effects of the robbery on the retailer can be catastrophic. Not only is the psychological impact felt by employees and customers, but the financial implications to the retailer can be devastating. An armed robbery will likely have an obvious impact on the retailer’s bottom line, but what about the more insidious ways retailers are struggling to prevent financial losses from inventory shrinkage? Shrinkage is an enormous and expensive problem for retailers costing the US retail economy $48.9 billion in 2016 according to the 2017 National Retail Security Survey.1

Theft is Not the Only Cause of Shrinkage

Inventory shrinkage is an inevitable but painful part of doing business in the retail sector. Shrinkage is the difference between what a retailer has recorded in their books as inventory and what physical inventory they actually have when counted. Shrinkage can be caused by administrative errors and employee theft, with the biggest offender being shoplifting that includes organized retail crime. Retailers suffer from a decline in profits while consumers may also feel the pinch through increased prices to make up for the retailer’s losses.

Shoplifting is a Major Headache for Retailers

Shoplifting and organized retail crime accounted for 36.5% of retail inventory shrinkage in 2017 as reported in the 2017 National Retail Security Survey.2 Most people think of shoplifting as people shoving merchandise in their pockets or purses and escaping the store unscathed. Incidents like this could be thought of as a one-off or moment of indiscretion but still damaging to the retailer’s bottom line. On the other hand, organized retail crime is far more costly than the average “garden variety” of shoplifting.

Organized retail crime consists of sophisticated networks of criminals who strategically scope out and target retailers. These “gangs” steal the retailer’s merchandise and then sell the stolen goods to other criminals domestically or overseas. Portraying themselves as legitimate, these thieves sell the merchandise back to retailers to sell to customers. Goods are marked up at each stage of the criminal process making it lucrative for criminals but costly for retailers.

Not all Shrinkage is Caused by Outside Sources

The cause of inventory shrinkage can’t be blamed solely on the actions of criminals coming in from the outside. The unfortunate reality is that not all employees are honest. Research findings from the National Retail Federation indicate that the average cost per dishonest employee was $962.60 in 2017 up from $622.00 in 2016.3 Though the workplace does have its fair share of dishonest employees, the hope is that it’s comprised of predominantly honest workers. But even the best employees can make mistakes while completing administrative paperwork. Human errors happen but these mistakes cost retailers money in lost profits.

Shrinkage Can’t be Beaten But Could be Reduced

The problem of retail inventory shrinkage is here to stay, but retailers can take positive steps to reduce its impact. Shrinkage affects not only the retailer, but consumers who will ultimately foot the bill by paying increased prices.

National Security Service (NSS) is a recognized leader in the security industry with 437 offices spanning all 50 states. NSS provides quality, professional, fully trained, and licensed security guards protecting people and property with integrity and respect. To learn more, visit our website at www.guardstogo.com. 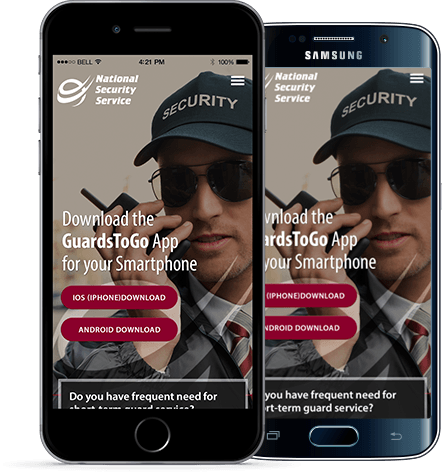